A paintball player taking part in a popular style of paintball known as ‘woodsball’. 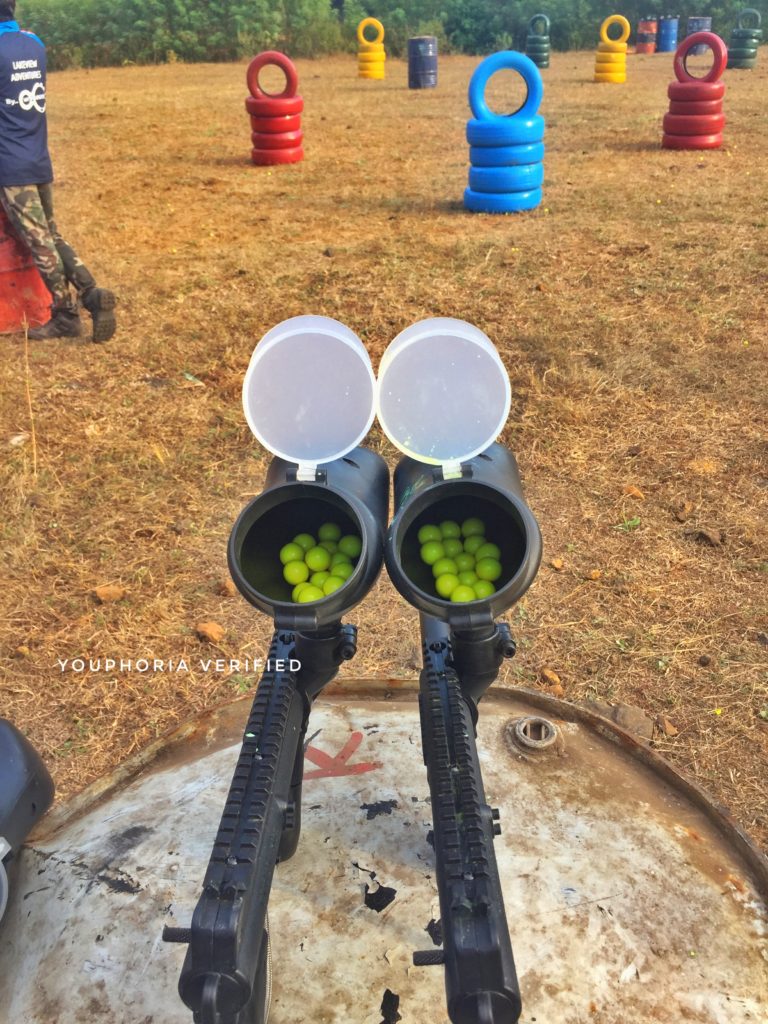 Paintball is a sport in which players compete, in teams or individually, to eliminate opponents by tagging them with capsules containing water-soluble dye and featuring a gelatin outer shell (referred to as paint balls) propelled from a device called a paintball marker (commonly referred to as a paintball gun). Paint balls are composed of a non-toxic, biodegradable, water-soluble polymer. The game is regularly played at a sporting level with organized competition involving major tournaments, professional teams, and players. Paintball technology is also used by military forces, law enforcement, Para-military and security organizations to supplement military training, as well as playing a role in riot response, non-lethal suppression of dangerous suspects and Behavioral Corporate Training in respect of aim on task and Disaster Management.

Games can be played on indoor or outdoor fields of varying sizes. A game field is scattered with natural or artificial terrain, which players use for tactical cover. Game types in paintball vary, but can include capture the flag, elimination, ammunition limits, defending or attacking a particular point or area, or capturing objects of interest hidden in the playing area. Depending on the variant played, games can last from seconds to hours, or even days in scenario play.

The legality of paintball varies among countries and regions. In most areas where regulated play is offered, players are required to wear protective masks, and game rules are strictly enforced. Masks are not required in the staging area.

Team members: Varies depending on game format and level of play, recreational or competition (usually between 3- & 10-man teams) 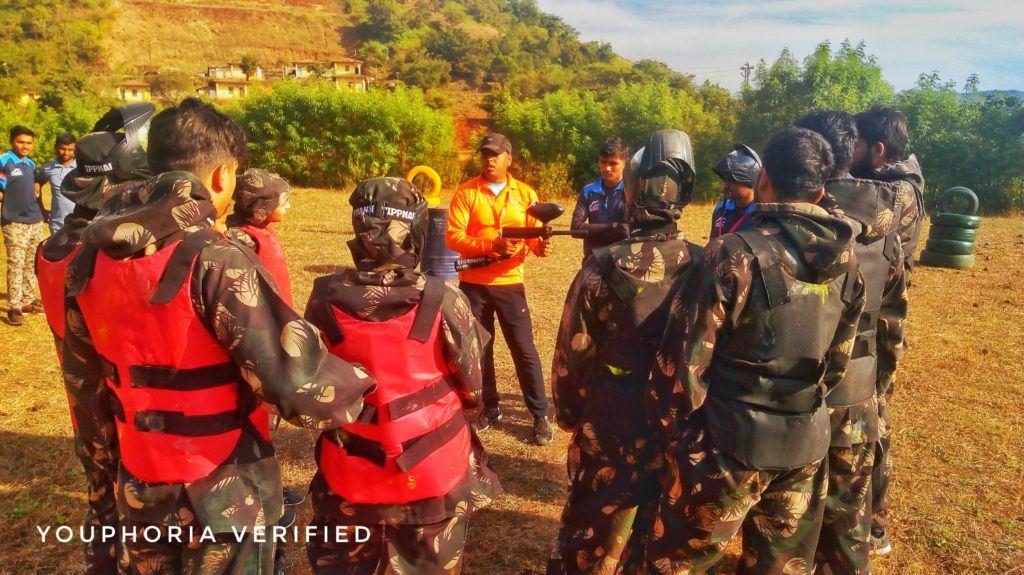 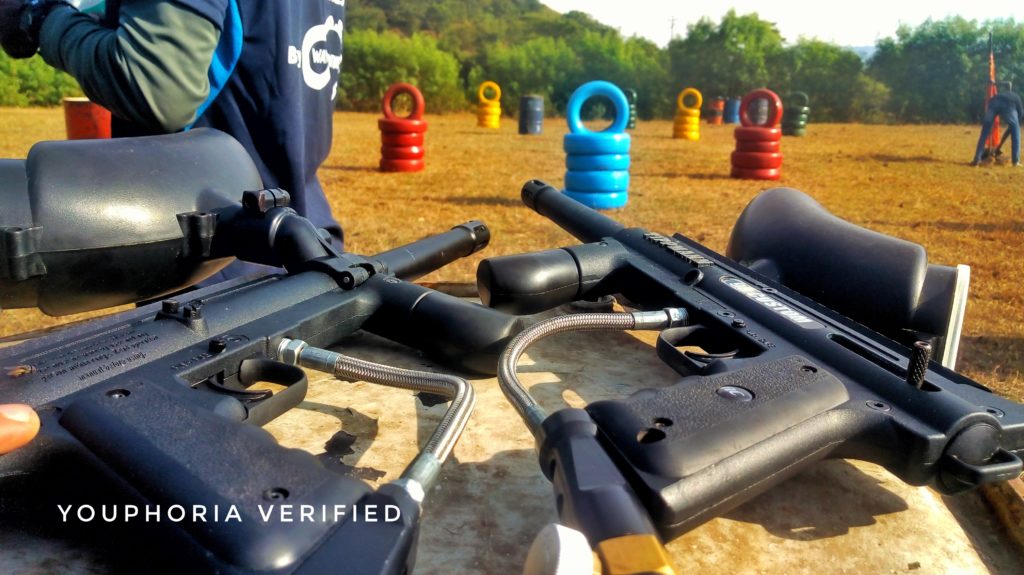